HOW THE OTHER SIDE LIVES 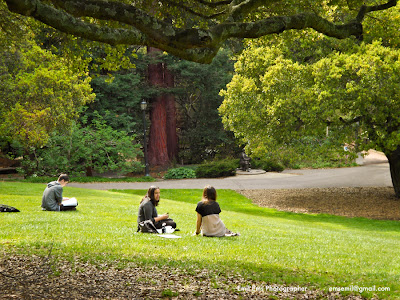 You are eager to hear about social conditions in the US, you say? Well, I had not thought to talk about this, having a quite different topic in mind.

But since you brought it up, I guess I have to speak a few words about it, after all. When I stayed here in Berkeley in 2010, it was quite clear that the US was still in a deep recession. You could it even notice in restaurants. For instance, my favorite lunch place was advertising "Recession" lunch at  $4.50 for the lunch special. Notably, the misery seemed to be shared by many, although the number of vagrants on the streets did not appear especially pronounced (compared to the situation in the 'seventies, when the "misérables" were much more visible).

This year, no "Recession" lunches anymore on restaurants' menu. Prices have increased notably, but restaurants seem full most of the time despite that. I take this to be a sign of on-going recovery, but it is a peculiar type of recovery, with a knife edge division between what happens to the haves and to the have-nots. You cannot but help noticing a large number of vagrants on the streets this year, with quite an aggressive way of  addressing passers-by and asking for sustenance. Although official unemployment figures are decreasing, the number of vagrants is increasing! It must be so that long-term unemployed increasingly give up hope and drop out of the labour market. The US seems to follow the European example of labour saving growth, with a majority of the population happily employed and enjoying the benefits of a growing economy, whereas an increasing minority remains permanently locked out from the labour market. 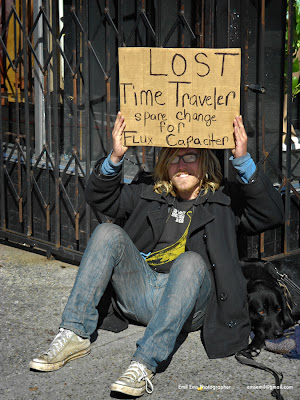 Getting out of such a corner solution to the "Wealth of the Nation" is a difficult task and demands a good deal of good sense, pragmatism and courage from the politicians. Let's hope that such a bunch of leaders emerges eventually; it is clear that a new Roosevelt would not be bad to have in these days of need, not to speak of a Congress to respect and support such a man's régime of harsh but necessary decisions. 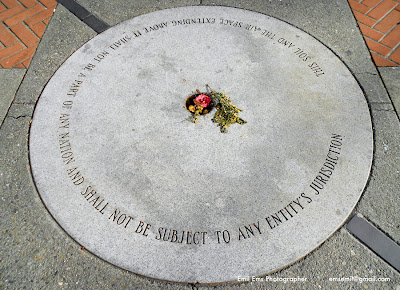 Now to the topic of today's blog post: When planning the trip to Berkeley this time, I decided to take a vacation from photography and travel without a camera. But hardly had I arrived here in California, than a persistent urge for venturing out and taking pictures was making itself felt, from deep down my subconscious. So I felt obliged to address Amazon to relieve the pressure, and buy a smaller, more portable camera, which I had planned to acquire anyhow in the near future. But no sooner had I pushed the button that permits Amazon to charge my credit card than I got the message that the camera would be delivered first in the last weeks of May! Getting slightly frustrated now, I went to Looking Glass Photo, a shop just around the corner from Stuart Street, and bought the cheapest digital Nikon they had in stock. 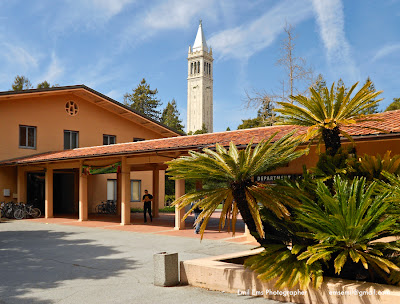 The "thingy" in question – it does not really look like a camera – has now plagued me for days. It is a little plaything you hold with both your arms at a distance and squint at from the back when taking pictures. At long last I begin to understand why people have so miserable photos to show for, when coming home from vacations. I used to say that it it is not the camera, but the photographer who takes the picture. But I have now learned that this is not exactly true. These small digital thingies put a big handicap as load on your back, countering – as well as they can – your efforts to take good pictures. I won't go into detail here as concerns the drawbacks; suffice it to say that the contrast range of such cameras is severely limited. Even venerable old Kodachrome of ill fate was more forgiving to the photographers than these digital miniatures. 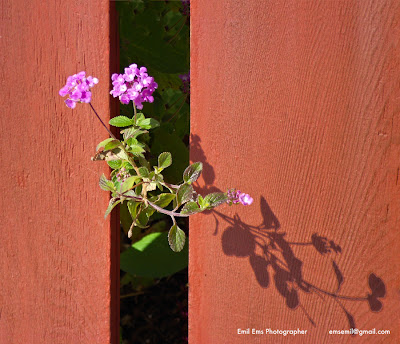 Still, with a bit of practice I have now begun to understand how to apply the thingy to the very limited range of subjects that lead to acceptable pictures. The trick is simply to limit yourself to motives with a low contrast range or to motives that demand high contrast for best effect. Until the real camera arrives, you have to bear with me. For I should not complain. As limited as is the camera, it still allows me to embellish this blog with some views. You will appreciate those the more, if you realize that each picture of reasonable impact taken with this camera and placed on this blog demands about a hundred efforts that fail to deliver.
Posted by Emil Ems at 07:46


This is a very good blog. visit
Classifieds ads

You make so many great points here that I read your article a couple of times. Your views are in accordance with my own for the most part. This is great content for your readers. Please search desksta to discover nice photos and videos on instagram.