I HAVE BEEN CENSORED! 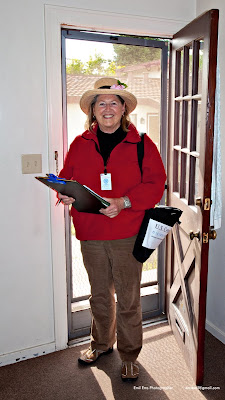 Yesterday afternoon I was sitting at my computer as usual, working at my backlog of blog postings, when, suddenly, I heard a timid knocking on my sunscreen, accompanied by a “gracile” voice announcing ”Knock, knock”. And in through the door came an apparition, in the backlight not unlike an angel bringing good tidings, with flowers in her hair and a seraphic smile on her face.

I was thinking back to a similar episode, 2010 years ago, if we are to believe the evangelists, when Mary and Joseph had to travel widely, under the orders of the Roman Emperor Augustus, to return to their city of birth to be counted. My trip was considerably longer, having had to cross an ocean and a wide continent, in order to be counted, but was of course far more comfortable.

“Yes”, national counting is still being practised in this powerful nation, not unlike a new Rome. We shall not forget that few countries but Sweden have a national register sufficiently precise to forego national censuses. In the US, a comprehensive national counting is being done every 10 years and is taken VERY SERIOUSLY. If I understand the reason right, to judge from the questions I had to answer, this was mostly about how to delineate voting districts, but will of course also provide necessary information for all types of municipal and regional planning. An oddity in the whole exercise, seen with Swedish (but not necessarily Austrian) eyes, is the intense ambition of getting the race of the resident properly identified. In order to be helpful, I indicated that the term “being of white Alpine race” would be the most fitting in my case, but this category did not exist as an alternative on the form. Just to make sure, Kathy asked me whether this implied also a Hispanic trace in my blood, which I could not accommodate her with, to our mutual regret. 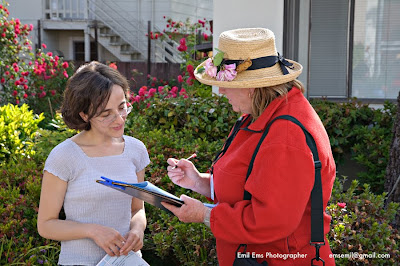 When my form was well filled in, it was time to take my neighbour under scrutiny. She was of Italian origin, but also she got the question whether her person included some Hispanic traces. This got me thinking. Could it be that the immigration from South of the border is now starting to be such a prominent issue in the US that the identification of Hispanic residents is getting to be a major concern for censoring? What about Spanish students or immigrants? Are they to be treated the same way as their poorer cousins from Latin America? Or is the word Hispanic just a euphemism, indicating only poor illegal immigrants from South of the border? 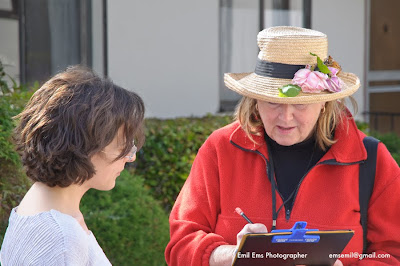 Be that as it may, and however delicate the questions may have been, it was impossible to become cross at the angelic censor. With such amiable questioning, even the most hardened criminal, be he immigrant or national, would be hard put to provide the wrong answers.

Dear Mr. Ems,
I had not seen your posting yet so my initial viewing today was made in company of friends who have know me practically forever. To say they were rolling on the floor holding their sides at the description of ME! as angelic is not too much hyperbole.
Thank you for your kind words and interesting insights into the purposes of the census. I also appreciated very much your gracious cooperation- would that all be so accommodating.

I hope you get to see the Twain exhibit and enjoy the rest of your stay with us in Berkeley. Taks! KC

And the angel reads your blog too!
Kari

Dear Kathy,
I am glad that you enjoyed my humble posting and that you even consider my scribblings about the Census as "interesting insights".

I will definitely try to make it to the Twain exhibit and hopefully get time to write a posting about it later.